Geert Schaaij (born March 15th, 1958) is a Dutch investment advisor and TV personality. Since 1986 he has been active as an independent asset manager and investment advisor. He is the founder and director of the investment consultancy agency Beursgenoten.

Schaaij writes columns for magazines in the Netherlands and Belgium and is active in the media. The Schaaij family has a wide range of holdings and is actively involved in real estate as well as the following companies: NPRM NV (www.dierenapotheek.nl), Molenaar Ecoologischhoutindustrie NV, Aberfeld International Vermogensbeer, etc.

Awards
Schaaij won the Gouden Stier Award in 2007 as ‘Best Investment Expert’ in the Netherlands.

In 2008 he won another Gouden Stier, this time as ‘Best Stock Market Idol’ for his advice on shares and investments.

Privately, Schaaij and his wife won a Gouden Kei award in 2012 for the complete restoration of their country house in keeping with the cultural-historical character of the area.

Other roles
Besides being a director of Beursgenoten, Schaaij has been chairman of the Supervisory Board for OCRN since 2008, a practice for the diagnosis and treatment of learning disabilities and child and adolescent psychiatric problems.

Schaaij is also treasurer and vice-chairman of the Willeke Alberti Foundation, a foundation that works to improve the well-being of the elderly and people with physical or mental disabilities. 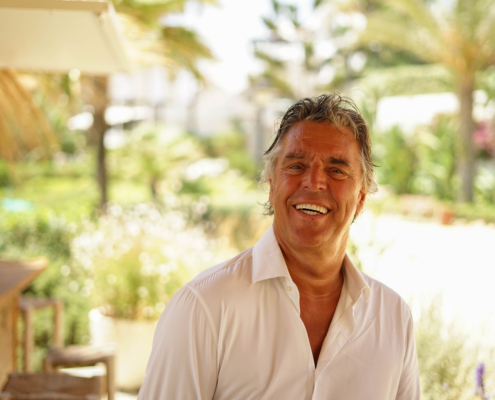